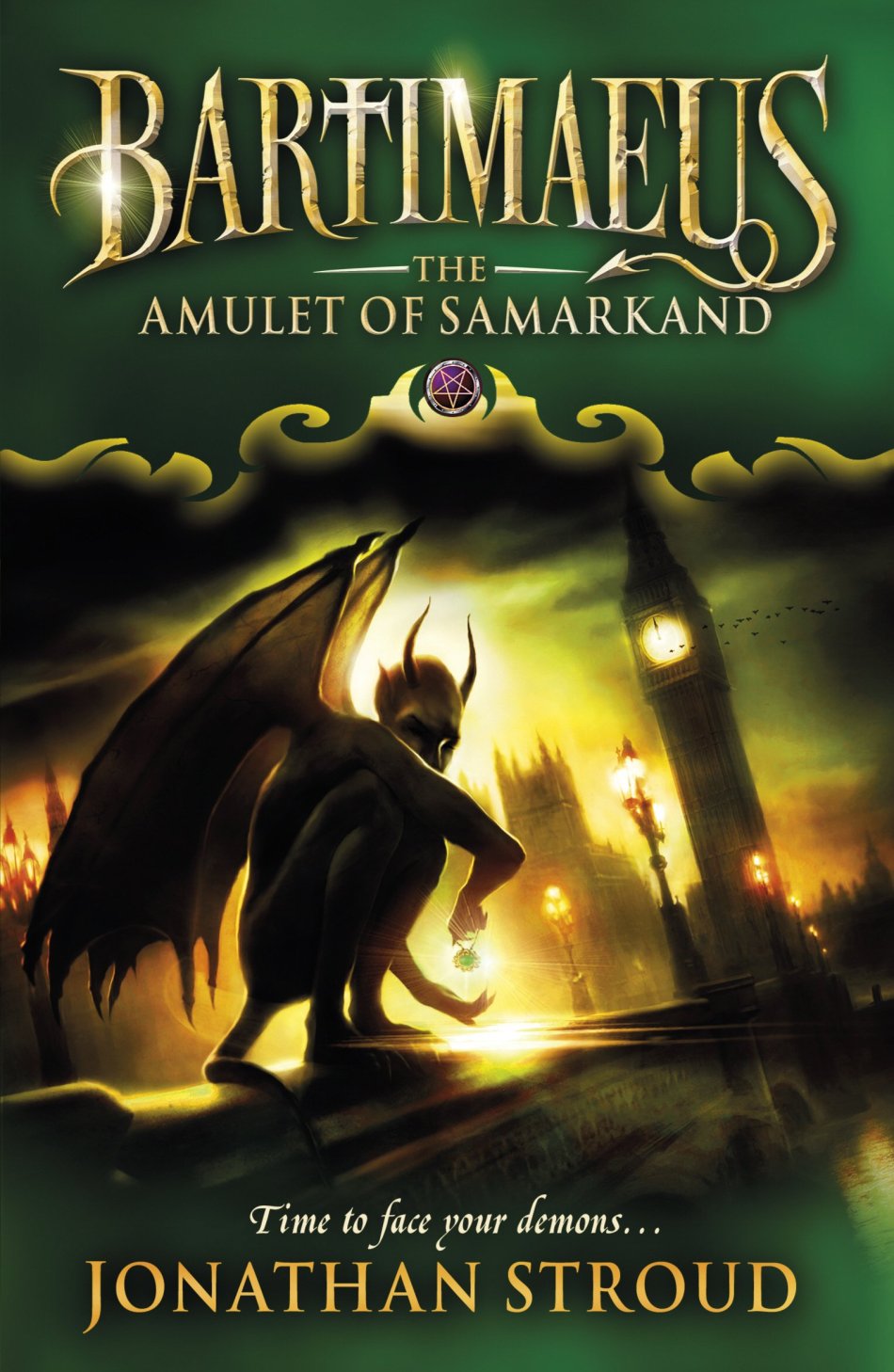 The Amulet of Samarkand is a very unique novel, and one that bridges the gap between children’s and young adult fiction with great success.

This is the story of an ambitious but young magician and an ancient exasperated demon bound to do this childs bidding. For children this is a nice challenging read, and for adults it’s a witty, fast paced adventure tale with plenty of humour to keep you coming back for more.

As with all young apprentice magicians our young hero Nathaniel has no parents, they sold him to the government to give him s chance at power, after all in this world only magicians can run the country.

Nathaniel grows up without much love, only his masters wife shows him any sort of affection, and Nathaniel returns this with loyalty and love of his own, yet she must still stand by and watch as her husband bullies and berates Nathaniel at every turn.

While you would rightly expect the reader to feel sympathy for this lonely and downtrodden young boy you would also be wrong, hes not a particularly sympathetic character. He is naturally gifted and has an aptitude for magic far beyond that of his master, which leads him to study advanced magic without supervision and for wildly immoral, though understandable reasons. He is an egotistical jackass most of the time.

But forget about Nathaniel for a moment and let me introduce you to the books standout character, Bartimaeus. This ancient demon is a proud creature with a Nobel reputation. You can imagine his displeasure then at being summoned by an overly ambitious twelve year old and being ordered to undertake a dangerous mission. A mission that will open up a world of conspiracy and place both our heroes on a path to save the world.

The book is split into two halves, one half is a traditional story that follows a normal patter, while the second gives us Bartimaeus’ inner thoughts in the form of footnotes. And his inner thoughts are brilliantly witty and cynical, they are the standout moments within what is already a very good book.

The Amulet of Samarkand is highly recommended for both children and adults.

0 comments on “The Amulet of Samarkand Review”