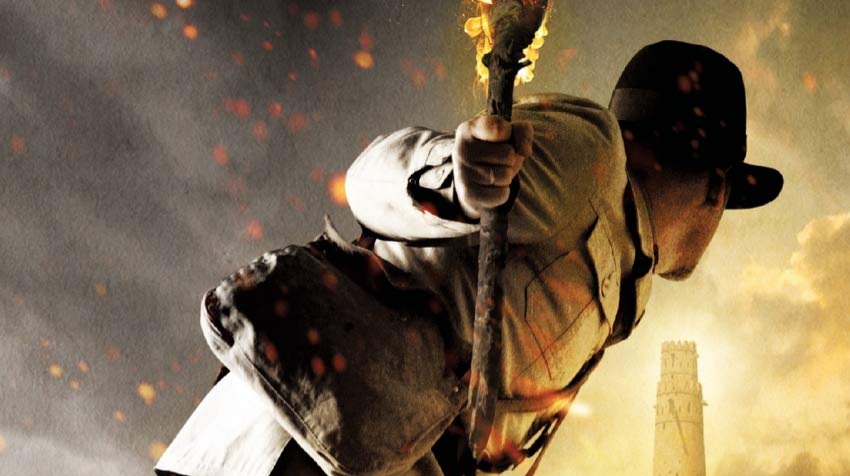 Wow, this is a bad book, I need to get that out of the way first of all, this is not on my recommended list in any way shape or form, unless as a means of torture I suppose.

I had high hopes for The Tower, it teases a mythical millenia long secret that has impacted human society from the Roman Empire to present day. That should be interesting, and yet Manfredi butchers the execution so inexplicably that I wonder how this even came to print.

But let’s do an overview first before I get into it.

At the begining of the book we are told how an American archaeologist by the name of Desmond Garret disappeared in the Sahara desert some ten years ago. This disappearance it turns out is just the most recent in a string of mysterious incidents in the area over the previous two thousand years. Myths about the area are abound, including one that tales the tale of thousands of Roman soldiers who were killed by a mythological race of headless men known as the Blemmyae.

Garrett, we are told, was searching for the Tower of Solitude, the final mystery of a long dead civilisation. Garrett’s son, Philip, is now heading towards the tower in the hopes of finding his father.

Then we are introduced to Garrett’s old enemy, the completely copy and pasted evil villain Selznick.

The story also occurs in Vatican City where priests are monitoring a space borne signal hitting an unknown receiver. Of course the receiver and The Tower of Solitude are the same thing.

This should be a good book right? It has an interesting premise with potentially huge payoff. Its like Indiana Jone had a love child with the Da Vinci Code, its not going to be a masterpiece but its going to be a thrilling ride.

Manfredi is a decent writer, his use of prose and ability for description is above average, it’s his plotting and oversaturation of action and inflated plotlines that leave an awful lot to be desired.

Within this book not only do we have a son searching for his father, an evil villain and nervous Catholic priests, we also have a member of the French Foreign Legion, a spy network, a love triangle, another love triangle, a lost individual, a desert princess, kidnap, lots of fighting, and well I’m bored now. There’s lots more going on here that should be mentioned but I don’t want to type up any more.

This is less of a story and more of Manfredi simply vomiting up everything and anything he can think of and somehow believing it makes a good story, it doesn’t, it really really doesn’t.

And it seems he knew that because the book kind of ended, pointlessly and without any conclusion. Nothing changes, nothing happens, and no answers are given. None of the characters have an arc, none of them change as a person.

Its like Manfredi gave up part way through and just ended the novel, how this got published I do not know, his other work is far better than this.

Let’s just say avoid this one.

If you think this is the kind of book for you you can find it on Amazon.

1 comment on “The Tower by Valerio Massimo Manfredi Review”