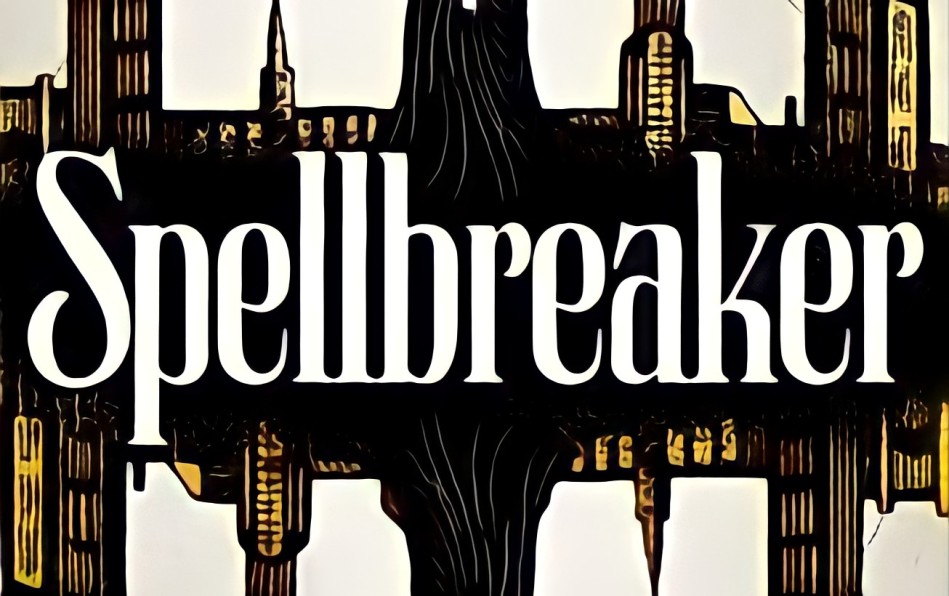 Spellbreaker is the first book book in a brand new two book series written by bestselling author Charlie N. Holmberg. This series will be set in an alternate Victorian-era England where magic is common, and where those who can wield it are the powerful and wealthy elite.

The books heroine, Elsie Camden, is a lowly orphan who also happens to be an unregistered spellbreaker and member of the clandestine group, The Cowls, who undertake missions to protect the common people from the abuse of the magical elite.

During one of these, for lack of a better word, goodwill assignments, her spellbreaking abilities are discovered by another wizard, Bacchus Kelsey, and she must make a deal with him if she wants to escape prison.

As Elsie struggles under her various allegiances she becomes enraged and her true loyalties are tested like never before.

This is not your typical fantasy novel. It takes place in a small area of the overarching world and has a small cast of characters. This is a book about relationships more than anything else. There’s no high stakes end of the world stuff here, this is good old fashioned character development at the front and centre.

There’s not much to be found here though for fantasy readers who love a darker and gritter look at the magical worlds. There’s little challenging or unpredictable here, its quite simple and straightforward if truth be told.

Yet there are likeable characters that are well written and fleshed out to the point that I can recall their mannerisms and quirks long after I finished reading.

Elsie for instance is a charming and loveable heroine who takes on the Robin Hood mantle for this novel. She strikes back at the haughty elite in defence of the downtrodden.

She is overly naïve at points, and we as a reader are way ahead her for most of the story, which is frustrating to read, and we spend more time shouting at her to hurry up to her inevitable realisation, than we do enjoying the story.

The plot is convenient and simple, it never surprises or astounds you. Elsie is a simple but charming character who never does anything out of the ordinary, she is also predictable and boring. She is however, loveable, and willing to sacrifice everything for those around her, making her one of the most likeable protagonists I’ve met for a while.

On the face of it Hollow Road (The Maer Cycle Book 1) by Dan Fitzgerald sounds like a straightforward and very formulaic fantasy novel. Three characters, Sinnie, Carl, and Finn are sent off on an adventure by a wealthy benefactor, and of course each character has devoted their life to a different profession. Sinnie works END_OF_DOCUMENT_TOKEN_TO_BE_REPLACED

But Elsie is not the only protagonist of this novel. Bacchus is a secondary hero who has his own point-of-view chapters. These chapters are great at launching his character and fleshing out his desires and objectives.

Bacchus is a wizard on the verge of attaining his mastery but he has sympathise for Elsie and her motives thanks to his own backstories. Bacchus struggles to fit into the English magical elite thanks to his lowdown status, giving him an innate connection with Elsie.

The romance between Elsie and Bacchus feels quite forced if I’m honest, its nice and the payoff is good but it doesn’t feel at all natural. There’s no chemistry between the two and the beginning of their relationship is filled with blackmail, distrust and resentment. There is little in the way of authentic evolution here to ever see them as genuine lovers.

Their relationship may feel satisfying on the face of it but when you think about it it’s a little shallow and disappointing.

The plot of the novel is simple and straightforward but it’s still satisfying to read and enjoy. The villain is easy to determine but the journey of our heroes to their realisation is satisfying regardless.

There are a number of plot threads left hanging for us to keep us intrigued for the next book, a book I myself will be looking out for, but one I don’t expect much from.

Spellbreaker is available from Amazon.